Heart attacks are often associated with chest pain, but for women, that’s not always the case. Heart attack symptoms in women often manifest in different ways, causing doctors to misinterpret these ailments.

Researchers from the Yale School of Public Health conducted a study where they interviewed 3,000 people who had had a heart attack under the age of 55. About two-thirds of these patients were women. They were questioned about what ailments they had, when they received medical care, and if they initially suspected their symptoms were due to a heart attack.

The study reveals that about 30% of women received medical care for heart attack related symptoms. Yet, half of the medical professionals didn’t think these issues were linked to heart problems.

The Different Sexes and their Symptoms

Most people feel chest pain, pressure or tightness, whereas heart attack symptoms in women seem to be unrelated like, stomach pain, nausea, indigestion, shortness of breath, neck or shoulder pain, palpitations, and shortness of breath. This combination of symptoms often distracts doctors from the real issue at hand. This results in the misinterpretation of heart attack symptoms in women before they go to a hospital. 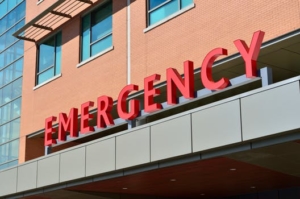 Although the misinterpretation of symptoms is more common amongst women, this issue affects both sexes. The study reports that 22% of men received medical care for similar ailments prior to hospitalization. 36% of these men were originally misdiagnosed. In addition, more than half of the people in the study believed their symptoms were something other than heart attack. Women tend to blame their symptoms on stress or anxiety, whereas men suspected muscle pain.

This research shows the importance of recognizing the heart attack symptoms in women. When it comes to heart problems, time can make a difference. Be familiar with the warning signs and get treatment, the sooner, the better.

Vermont Urgent Care provides fast and affordable medical services in the heart of  Los Angeles. Learn more about this urgent care by following them on Facebook, Twitter, and Instagram.