Creating new neurons to help the injured brain repair itself has long since been a dream of scientists and doctors everywhere; now it may be a reality. 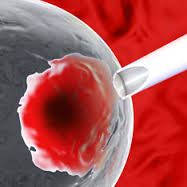 Pre and post tests show that the mice that received the dual therapy performed significantly better on sensory and motor functioning tests than did mice who did not receive the treatment.

Doctors and scientists alike are confident that this new animal study could have profound implications for the treatment of people who have suffered strokes. If the treatment proves as effective in humans as it has in mice, it could considerably accelerate patient’s recovery.

Scientists and doctors are confident that this new treatment is going to be the touchstone for the future treatment of strokes.

To further demonstrate the efficacy of the treatment, those mice who displayed marked improvement were given a toxin which specifically killed the newly generated neurons, and those same mice that had shown an improvement showed deterioration, demonstrating that it was in fact those specific neurons which grew as a result of the treatment which were responsible for the demonstrated improvement in sensory and motor functioning.

The researchers’ mission is to utilize fundamental knowledge of the nervous system to reduce suffering associated with neurological diseases.