Fall has finally come, and with it, pumpkin-spiced lattes, colder weather and of course a cough and sniffle to remind you that the flu seasons is right around the corner. This being said, this Los Angeles Urgent Care center spent all summer getting ready to help you get through this flu season with un-clogged sinuses and clear lungs.

There is only so much you can do once you get the flu, so preventative measures are crucial to surviving this year’s flu season. Below you will find 8 facts about the flu season that this Los Angeles Urgent Care Center thinks will clear up some confusion on the subject.

Up to 65 million Americans will contract the flu over the course of the next year.

Studies show that an average of 5% through 20% of the U.S. population contracts the flu on any given year. Based on the United States Census Bureau, this translates to approximately 65 million Americans annually.

The flu claims the lives of up to 49,000 individuals each year.

While most people consider the flu a minor inconvenience, it can, in fact, be a life-threatening ailment. This is especially true for individuals with compromised immune systems. Children and the Elderly are especially susceptible to life-threatening flu symptoms. Combined with pneumonia, the flu stands as the 8th leading cause of death in the US.

$10 Billion is spent on treatment of the flu.

Due to its extremely contagious nature, the flu is a large focus for the healthcare system. Over $10 billion is spent annually treating flu patients. Additional funds are also spent on outpatient doctor visits. Over 200,000 patients are admitted to hospitals due to the flu each year.

Though the flu season starts at the beginning of October and ends in May, the flu virus can still be contracted during any time of the year. This being said, it is much more common to contract the flu during these months. Researchers still cannot pinpoint the reason behind the virus’ hyper contagious nature during the cold seasons of the year, but some credit it to the fact that children heading back to school offer an opportunity for the virus to spread freely.

The flu isn’t just one virus

Experts say that there are four different times of the influenza virus. The virus can be split into four categories, A, B, C and D. Influenza A is the flu most commonly associated with the contagious virus that spreads during the winter seasons. Influenza C is correlated to mild respiratory issues while C only affects cattle.

A vaccine does not mean you’re safe

Probably the most common misconception about the flu shot is that it fully protects you from contracting the flu virus. While this is not completely true, it does decrease the severity of the virus if it is contracted. The flu shot is designed to allow your immune system to recognize the flu virus and create the appropriate defenses to combat the virus. This being said, an inactive strain of the flu is injected into your body, so it is impossible for a flu shot to give you the flu.

Quadrivalent vaccines are the next-generation tool in fighting the flu. 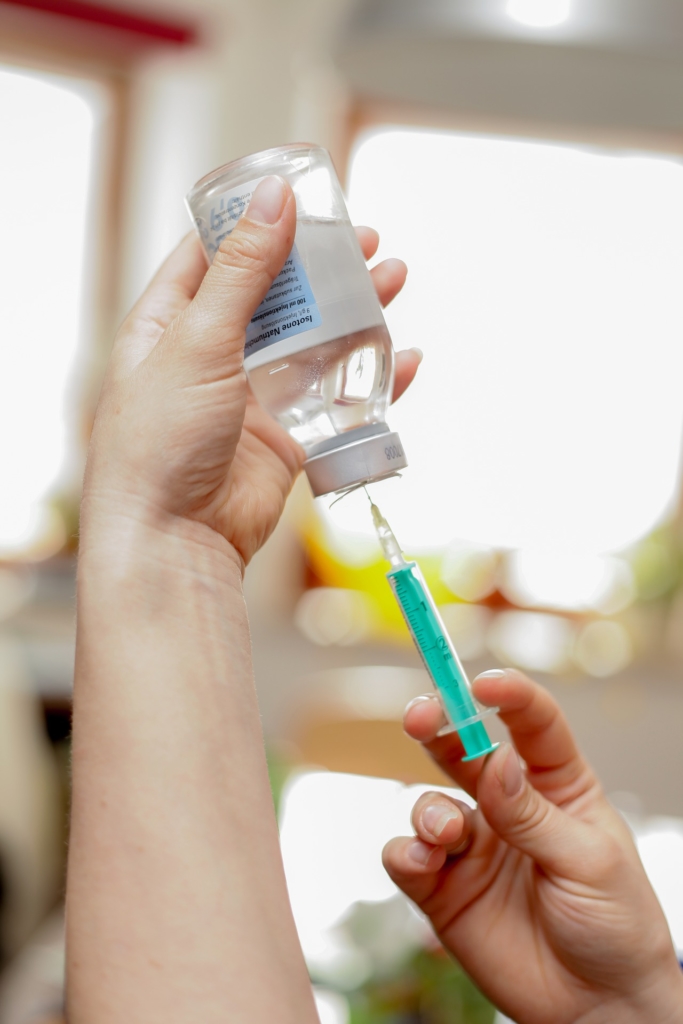 Standard flu shots are currently trivalent vaccines the focus on primarily strain A influenza. Quadrivalent vaccines will focus on 2 strains of strain A influenza as well as 2 strains of strain B influenza. Strain B influenza is usually more prominent at the end of flu season, so having a boosted immune defense against all four strains will add an extra layer of protection against the virus.

Don’t have a flu shot? You’re not alone.

Reports show that only ⅖ Americans got a flu shot last year. There is still a large divide as to whether or not getting the vaccine is worth it, but studies show that receiving the shot can cause flu symptoms to be much milder should you contract the virus.